Reward Offered for Info on Vehicle Break-Ins in Etna Township 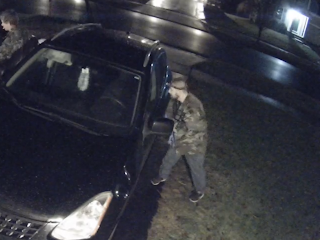 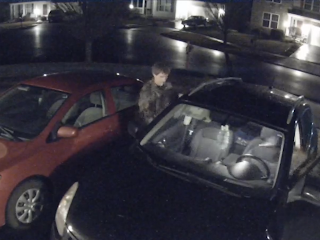 Licking County Crime Stoppers is offering up to a $1,000 reward for anyone with information leading to an arrest in vehicle break-ins in Etna Township.  The Licking County Sheriff’s Office reports, between Jan. 22-23 suspects broke into vehicles parked on the 100 block of Reader Court and the 100 block of Purple Finch Loop and stole a Dell laptop and computer accessories.  One of the suspects was described as a white male or female, with a thin build in their early 20’s. The other suspect was described as a white male with a beard and short cut hair.

Anyone with information on these crimes is urged to call the Licking County Crime Stoppers at 740-349-6888. A special coding system protects the identity of the caller but allows for the reward to be issued at a later time.

Crime Stoppers also takes calls from persons with information about any felony. Information leading to the arrest and indictment of a felony suspect could qualify the caller for a reward as determined by the Crime Stoppers’ Board. Crime Stoppers is a non-profit organization. Reward money comes from private individuals, businesses, and foundations that see Crime Stoppers as an integral tool in the community’s fight against crime. Tax-deductible donations can be sent to: Licking County Crime Stoppers, Inc., P.O. Box 304, Newark, OH 43058-0304.
Posted by PHIL FRYE, "The Real Estate Guy" at 5:28 PM No comments: