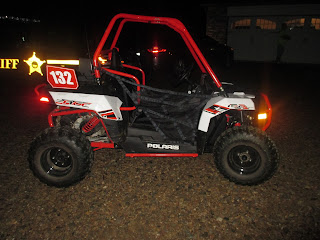 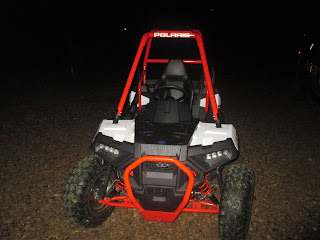 Licking County Crime Stoppers is offering up to a $1,000 reward for anyone with information leading to an arrest in the theft of an ATV from a garage in Madison Township.  The Licking County Sheriff’s Office reports, during the overnight hours on Tuesday, Sept. 25 suspect(s) stole a Polaris Ace 150 ATV from a garage located on 11000 block of Butler Road.  The stolen ATV is valued at $4,000.  Several other residents in the area reported their vehicles had been entered and various items were stolen.


Anyone with information on this crime is urged to call the Licking County Crime Stoppers at 740-349-6888. A special coding system protects the identity of the caller but allows for the reward to be issued at a later time.

Crime Stoppers also takes calls from persons with information about any felony. Information leading to the arrest and indictment of a felony suspect could qualify the caller for a reward as determined by the Crime Stoppers’ Board. Crime Stoppers is a non-profit organization. Reward money comes from private individuals, businesses, and foundations that see Crime Stoppers as an integral tool in the community’s fight against crime. Tax-deductible donations can be sent to: Licking County Crime Stoppers, Inc., P.O. Box 304, Newark, OH 43058-0304.